How to distinguish between pre-modern characters in your fantasy stories and modern ones?

Accord to Emile Durkheim (check him out) there are 2 types of solidarity (what keeps people together):

We share attributes. We are similar to one another.

We have “Collective Consciousness”

We depend on one another.

Mechanical Societies are Tribal and seek the conservation of ideas and traditions.

Organic Societies are individualistic. Its members are united by interdependence.

So... how do you use this is a fantasy world?

In the world of The Atlas of Dreams, like in the world of the late Renaissance, both of these types of societies vie for control of the institutions. As a writer I had to be sure to present the people's behaviour as inherently pre-modern, all structures and institutions essentially there to direct the people into what is known as "right behaviour." However, there are indications of a quick and sudden change to modernity. This happens because more and better technologies are both dug from the ground and invented while more diverse societies are starting to engage in conversation with the rest. The dependency on others and the use of technologies that replace labour create a change in aesthetics. It also allows for individualistic Characters to emerge.
In a story where these elements make part of the reality of the setting, a mix between pre-modern and modern people is not out of place, even if it feels like it (and it should feel like it). To have characters that display strange mannerisms, modes of dressing, of speaking and most importantly of thinking, makes sense since they, usually the rich and powerful, are starting to display their individualism while society can do nothing about it because they "need" him or her. They have become interdependent, a modern trait.
This also brings us to punishment. Pre-modern societies use retributive punishment in order to set an example and to condemn the act so that the status quo can be preserved. In this case, any character that demonstrates too much individuality would be "put in place" even for the most menial of behaviours. This so that society can be preserved as-is, a means to control. Modern societies don't care (or should not care) about punishment, pain or example. If your local punitive system believes in such things it's still holding to elements of the pre-modern (and it's either a primarily religious community or one with little interaction with foreigners). Modern societies are focused only on one thing: is the perpetrator of a crime useful to society or not? If they are not, they need to become useful as fast as possible. Of they are useful they need to return to the system as fast as possible.
So in your stories, how are your characters being punished? Are they put back into the system after receiving an education or at least some sort of reformation? Ar they tortured and killed? These things speak volumes of how your world interacts with the logic behind pre-modern and modern societies, and it's a key element of how you devise your fantasy world.
Taking The Atlas of Dreams as an example, Caelestis Valheim, a high-borne noble, has the privilege of being an atheist in a strictly faithful society, for two reasons. He's wealthy and powerful, so he can access these forms of modern solidarity first in a society that's deep into the change even before he was born, and second, he's living in a time of greater changes that allow everyone more freedom and individuality. The mayor event that granted this was the change from the Theocracy to the Imperium. From priests rulings the world to Emperors. A religious dictatorship that values beliefs and controls the mind to a military dictatorship that values power and controls the body. This character, while at odds with his people, cannot be punished in a pre-modern fashion, not only because of the power he has but also because the world is starting to see the value in interdependence. What they need from him is more valuable than the example he would set. 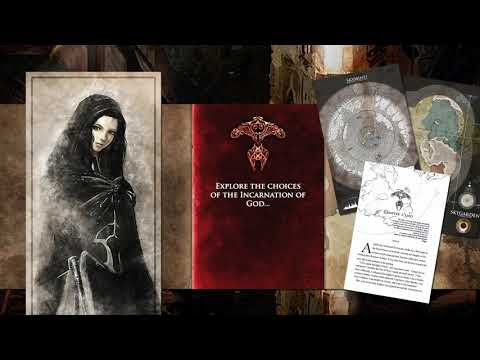 Promotional video for The Atlas of Dreams - Sins of the Maker